Start a Wiki
Welcome to The World of Seikai
The wiki about Seikai no Senki (Banner of the Stars) that anyone can edit
157 articles since February 11, 2008 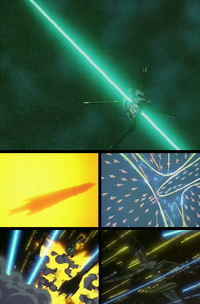 The War, also known as the War that Divides the Galaxy, Frybac/Four Nations Alliance War, the Last War Human Fight or the Great War is a intergalactic military conflict between the Humankind Empire of Abh and the Four Nations Alliance which has been taking place since Imperial Calendar year 952. The direct triggers of the war are the surprise attack on Goslauth and the occupation of Sufugnoff Marquessdom by the United Mankind. Until Imperial Calendar year 959, the military casualties are estimated to be over ten millions, excluding civilian deaths.

There are two camps in the war, the Humankind Empire of Abh and the Four Nations Alliance. The Four Nations Alliance declares war on the Empire with a false casus belli that Goslauth attacks their scout ship. The statement is proved incorrect by the logbook of Goslauth and therefore the Federation of Hania remains neutral initially while they claim to stay in the Nova Sicily Treaty Structure. Then the alliance is called Three Nations Alliance. In Imperial Calendar year 959, a coup is staged in the Federation of Hania and they soon ambush Kryv Kingdom and head for Abriel Earldom currently... read more

To write a new article, just enter the title in the box below.

Not sure where to start? 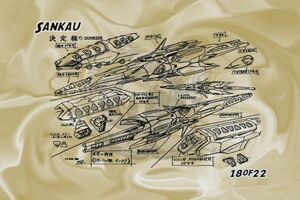 A sketch of the Sankau.

What's new on The World of Seikai

The World of Seikai is established! We need you!

Improved wiki
We have decided to create an experimentally improved version of this wiki. The core staff will be busy with the new wiki.

Retrieved from "https://seikai.fandom.com/wiki/Main_Page?oldid=7027"
Community content is available under CC-BY-SA unless otherwise noted.